Many of the SF State Filipino students were international students and he believed that they could bridge the gap that he lacked regarding Philippine culture just as Estrella did in the community.  Pat is credited for his leadership of PACE in developing tutoring programs in Bernal Heights and Central City, which is now known as South of Market (SOMA).  Pat received much of his inspiration and motivation from the work of his mother, Estrella, who was a Music Director in churches in San Francisco and led Philippine culture presentations in the San Francisco Bay Area.  In 1956, Estrella became the Music Director at Wesley Methodist Church, which was also referred to as the Filipino Methodist Church.

There she and her husband, Canuto, led entertainment performances by Filipino singers and musicians.  In addition to leading religious services and community festivals throughout San Francisco and the Peninsula, Estrella taught private piano lessons at the homes of her students.  Influenced by her commitment to build awareness of Filipino culture, when he was a teen Pat presented the tinikling (a traditional Philippine folk dance) at Balboa High School.

Under the guidance of their mother, Pat and sister, Dorothy, and their friends, Jenny and Frankie Cleope, also brought the traditional Filipino dance to the Ben Alexander Talent Show, a local television program which aired in the Bay Area.  The performance won the hearts of viewers who voted them their top choice, garnering the Salaver/ Cleope dance team first prize. 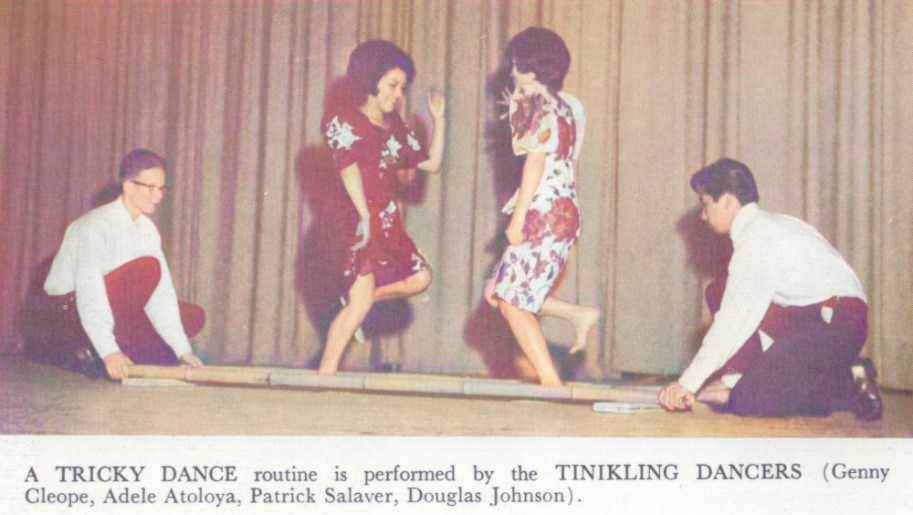 Estrella supported the striking Filipino farmers and would bring donations of food to the workers in Delano, at times bringing her children to help distribute the donated food where they witnessed the abhorrent working and living conditions of the Filipinos.  To thank her for her support, the farmworkers would give her boxes of grapes.  Pat began learning about his Filipino roots after his family took a memorable trip to Delano to visit an uncle.  His name was Larry Itliong and he was the leader of the first grape strike.  Pat remembered that this visit was the first day of the grape strike, September 8, 1965.  It also happened to be Estrella’s 45th birthday.  Their Uncle Larry took Pat around to the various farms and Pat bore witness to the substandard living conditions that existed.  Uncle Larry explained why the farmworkers needed to strike and Pat decided to support their cause.  Pat would organize grape boycotts and picket lines at supermarkets in support of the workers who were seeking change.  Pat became keenly aware of the low socioeconomic place in which Filipinos were placed in America.  The Filipino strikers encouraged Mexican farmworkers led by the charismatic Cesar Chavez to join the strike which they did after some persuasion.  The strike included marches, hunger strikes and a nationwide grape boycott by millions of Americans.  In 1970, after a long five-year strike, improved conditions came about with the signing of the United Farm Workers agreement with the grape owners.

Estrella would also lead the San Francisco-based Philippine American Cultural Foundation whose specific purpose was to promote social and cultural awareness in the community and produce programs and performances. Estrella’s first job in the US would be as secretary for the Northern California-Nevada Council of Churches.  She would also become Secretary for the Presbyterian-based SF Council of Churches.

Estrella was a versatile organist and classical pianist.  She led choirs at Wesley Methodist Church (also known as the Filipino Methodist Church), Stewart Memorial Presbyterian Church and Trinity Presbyterian Church.  The extensive cultural and church work that Estrella performed since arriving in the US in 1953 would culminate in 1964 with the acceptance of the Salaver family into the Filipino social scene by the coronation of Pat’s sister, Dorothy as First Princess celebrating Rizal Day.  Two years later, his other sister, Edna, was crowned Rizal Day Queen.

Estrella’s leaning toward the Presbyterian Church was due to Isabelo’s rebellion against the Catholic church in Dipolog.  He had a major disagreement with the Catholic establishment and decided to convert to Presbyterianism.  His defiance was so strong that he built the Presbyterian church across the street from the Catholic church and had both Echavez and Macute sides of the family join him.  Estrella along with her siblings (and daughter Dorothy in 1965) would also attend Silliman Institute in Dumaguete, Negros Oriental, Philippines, which was established in 1901 by the Presbyterian Board of Foreign Missions.  It was the first American institution of higher learning in the Philippines and the entire Asian continent.  Estrella graduated Valedictorian in 1942.  In the early 1950’s Estrella would become a teacher at West Negros College in Bacolod, Negros Occidental, Philippines.

In the summer of 1968, PACE received an inner-city council grant to provide tutoring support to Filipinos in the Bernal Heights district.  Estrella used her connections in the community to secure the grant.  PACE occupied the second floor of the two -story building and the first floor was occupied by the Bernal Heights Neighborhood Association.  The student leaders held PACE meetings and tutored neighborhood children seeking to attend college, especially SF State.

This site uses Akismet to reduce spam. Learn how your comment data is processed.